The Pogash men talk food, drink, entertainment and all things delicious, luxurious, and fun on The Cocktail Guru Podcast. 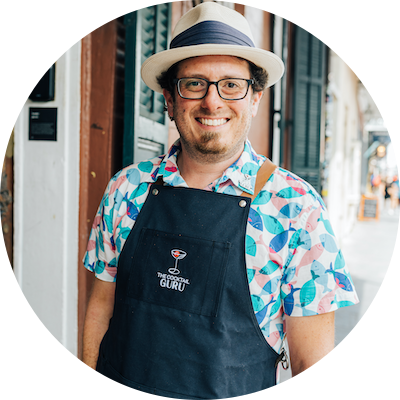 “The Cocktail Guru™,” is one of the most premiere cocktail consultants and bartenders for restaurants and spirit companies. His signature cocktails can be seen and enjoyed in many of North America’s most upscale cocktail lounges and restaurants. With nearly 20 years experience in the hospitality industry, Jonathan shares his insights with the most influential publications from around the world, and contributes his unique talents to morning television shows and national radio. Jonathan has appeared on such programs as NBC’s “Weekend Today in New York” and “Fox & Friends”.
Just as an Executive Chef may work their way up through the ranks “behind the line,” Jonathan has worked his way up from being a barback at The Russian Tea Room in NYC, to Owner and President of “The Cocktail Guru™,” a well-respected, full service beverage consulting firm. Jonathan was trained by cocktail luminaries Steve Olson, Gary Regan, Julie Reiner, and Albert Trummer. Throughout the years, a style emerged – that of a career bartender interested in studying technique, cocktail history, fresh ingredients, and seasonality. His inspiration lies in unique ingredients and quality ensuring that every beverage program he creates remains consistent and thrives throughout the years. 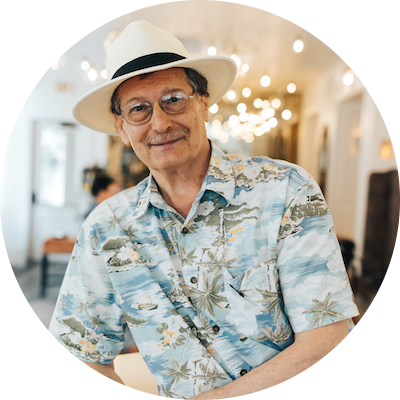 For the past eighteen years, Jeffrey Pogash has worked in the Communications Department at Moet Hennessy USA, the importer of luxury wines and spirits. He retired as Director of Communications on Sept. 1, 2011. During his tenure, Jeffrey’s responsibilities included garnering press for the entire Moet Hennessy portfolio of champagnes, wines, and spirits.
Prior to joining Moet Hennessy, Jeffrey spent seventeen years as the U.S. representative for the CIVA, the organization that works on behalf of all growers, shippers, and cooperatives in the region of Alsace, France. Before joining the CIVA, Jeffrey studied wine and wine tasting with Steven Spurrier and Jon Winroth at L’Academie du Vin in Paris, where he lived for three years. Upon his return to the United States, Jeffrey studied for his Master’s Degree in Philosophy at Rutgers University and was a freelance writer and copy editor for Vintage Magazine. In 1975, he wrote his first book, How To Read A Wine Label, A Dictionary of French and California Wines. Jeffrey’s most recent book, Bloody Mary, was published in October 2011 by Thornwillow Press.