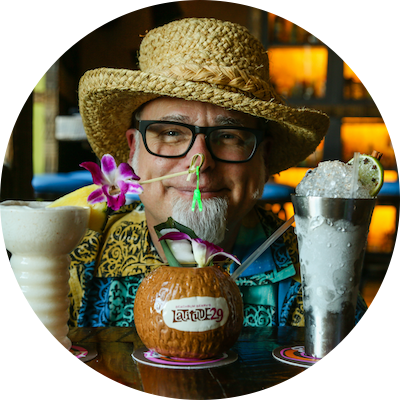 One of Imbibe magazine’s “25 Most Influential Cocktail Personalities of the Past Century,” Jeff “Beachbum” Berry is the author of seven books on vintage tropical drinks, which published for the first time anywhere the lost recipes of Tiki’s golden age — from the original Zombie to the Jet Pilot, Pearl Diver, Navy Grog, Saturn, Three Dots & A Dash, and many others. Esquire calls Jeff “one of the instigators of the cocktail revolution” and Food & Wine “one of the world’s leading rum experts,” while The New York Times cites him as “the Indiana Jones of Tiki drinks” and The Los Angeles Times as “A hybrid of street-smart gumshoe, anthropologist and mixologist.”

Jeff’s original cocktail recipes have been printed in publications around the world, from Bon Appetit and The Huffington Post to over 20 international recipe books, including the venerable Mr. Boston Official Bartenders Guide.

Jeff’s also co-created a line of Tiki barware with Cocktail Kingdom, which Imbibe hails as “especially notable because it revives old styles of essential glassware that were previously almost impossible to find.”

While this is all way too much work for a bum, Jeff is also currently writing 29 entries for The Oxford Companion to Spirits and Cocktails and lecturing about tropical drinks across the U.S., Europe, and Latin America. 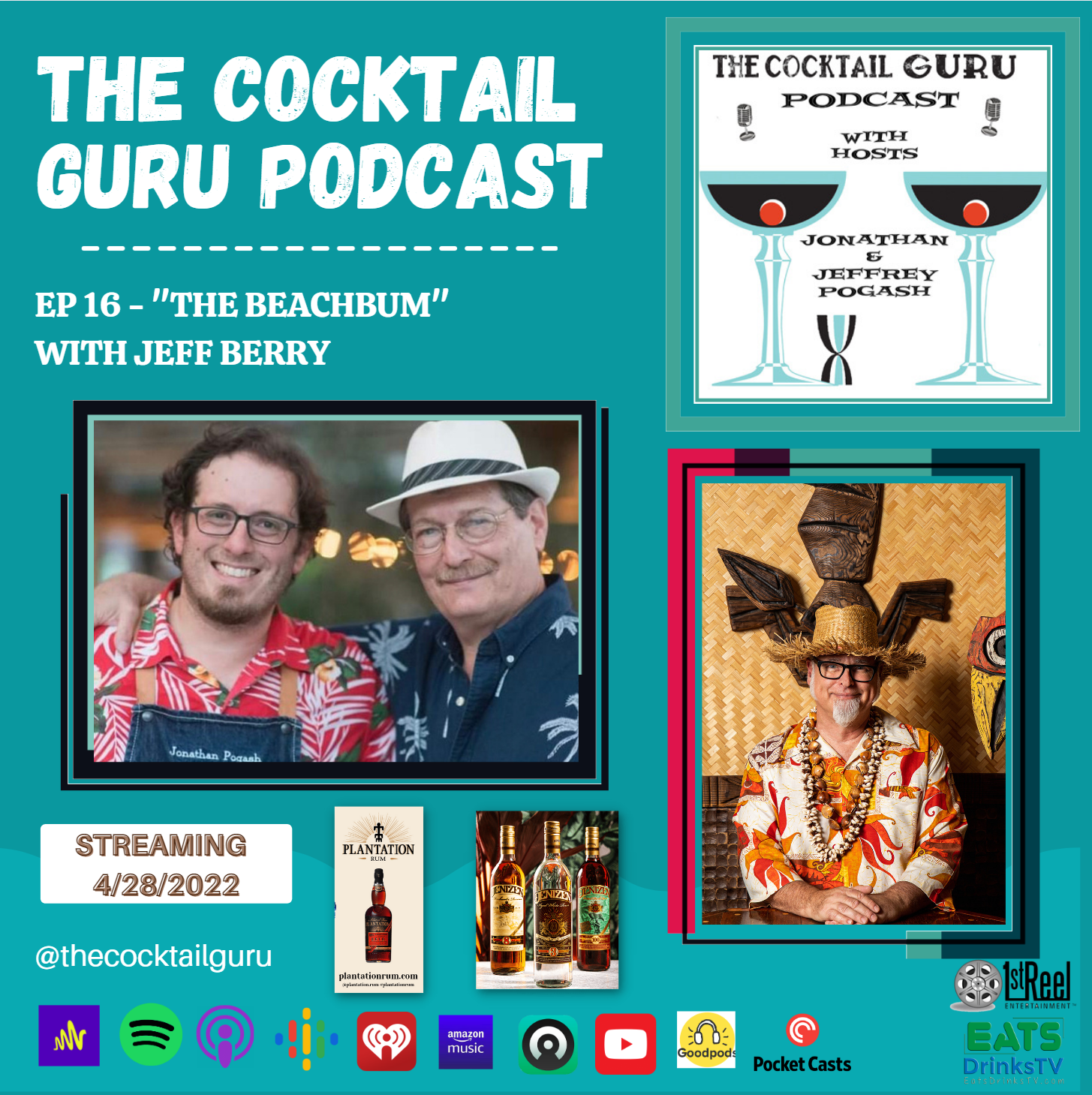 On this episode of THE COCKTAIL GURU PODCAST, Jeff "Beachbum" Berry, bar owner and restaurateur, acclaimed drinks historian and author, and a globally recognized authority on Tiki culture, tells hosts Jonathan & Jeffrey Pogash the technicolor tale of how the Los Angeles native went from writing for the screen in Hollywood to becoming the North Star of the tropical cocktail galaxy and slinging drinks in New Orleans. Brought to you by Plantation Rum, Denizen Rum, and J.P. Wiser's Canadian Whisky.