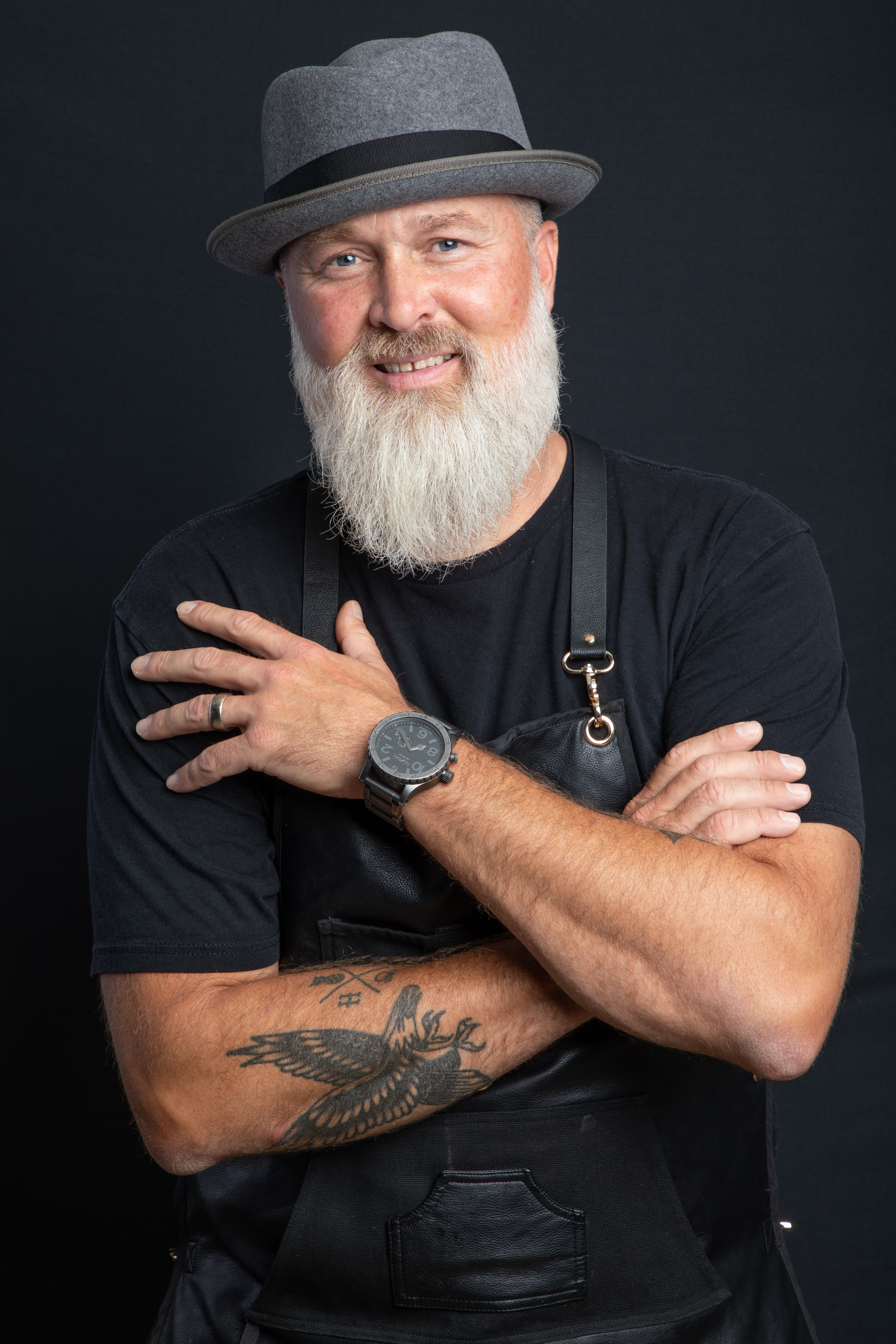 Willy Shine, born June 24th, 1973, as William Paul Shine in Boston, Massachusetts, is a proud and dedicated spirits and hospitality professional. Willy began his career as a bartender in the early 1990s and has been a pioneer of the craft and keen on all styles throughout his career. Willy has worn all the hats in this industry as an accomplished bartender, award-winning restaurant and bar owner, and hospitality consultant with a lifelong bond with bars, bartenders, beverage programs.

Willy is the Brand Meister for Mast Jägermeister-US and Head of Brand Education & Mixology for Teremana Tequila. Willy has been a part of BAR 5-Day from its inception and is a judge for Paul Pacult’s Ultimate Spirits Competition. He has an affinity for paying forward all that was bestowed upon him throughout his hospitality career. Willy is a husband and father of three beautiful children and resides on New York's Long Island. 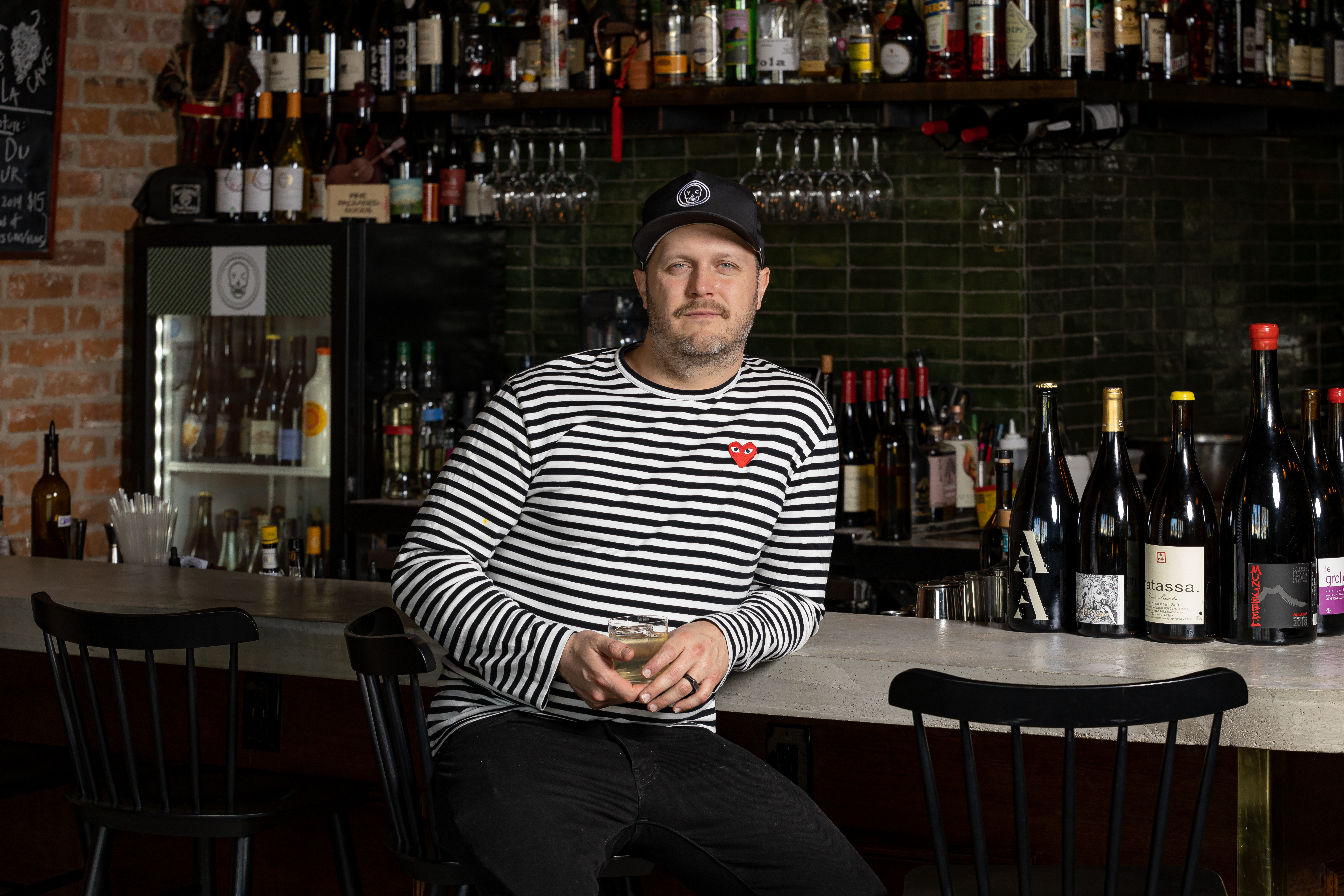 Hailing from Chattanooga, Tennessee, McLain Hedges’s ties to the music industry and culinary world run deep. He started working in kitchens as a young adult before pursuing a career in music promotion and photography after college. It was in 2012, when he moved to Denver with his wife Mary Allison Wright, that he found himself back in the hospitality world. McLain is currently Co-Owner and Beverage & Creative Director at Yacht Club, which is a 2022 Top 4 Finalist for “Best New US Cocktail Bar” at the Tales of the Cocktail Spirited Awards; Co-Owner of Door Prize, a meat-and-three pop-up concept; and Creative Director at Jelly Bone, a hospitality consulting agency. McLain has focused much of his career as of late on sustainability within the hospitality industry and has spoken on panels around the globe in a hope to find better paths towards longevity in this industry—a mission that still rings true in all current and future projects. 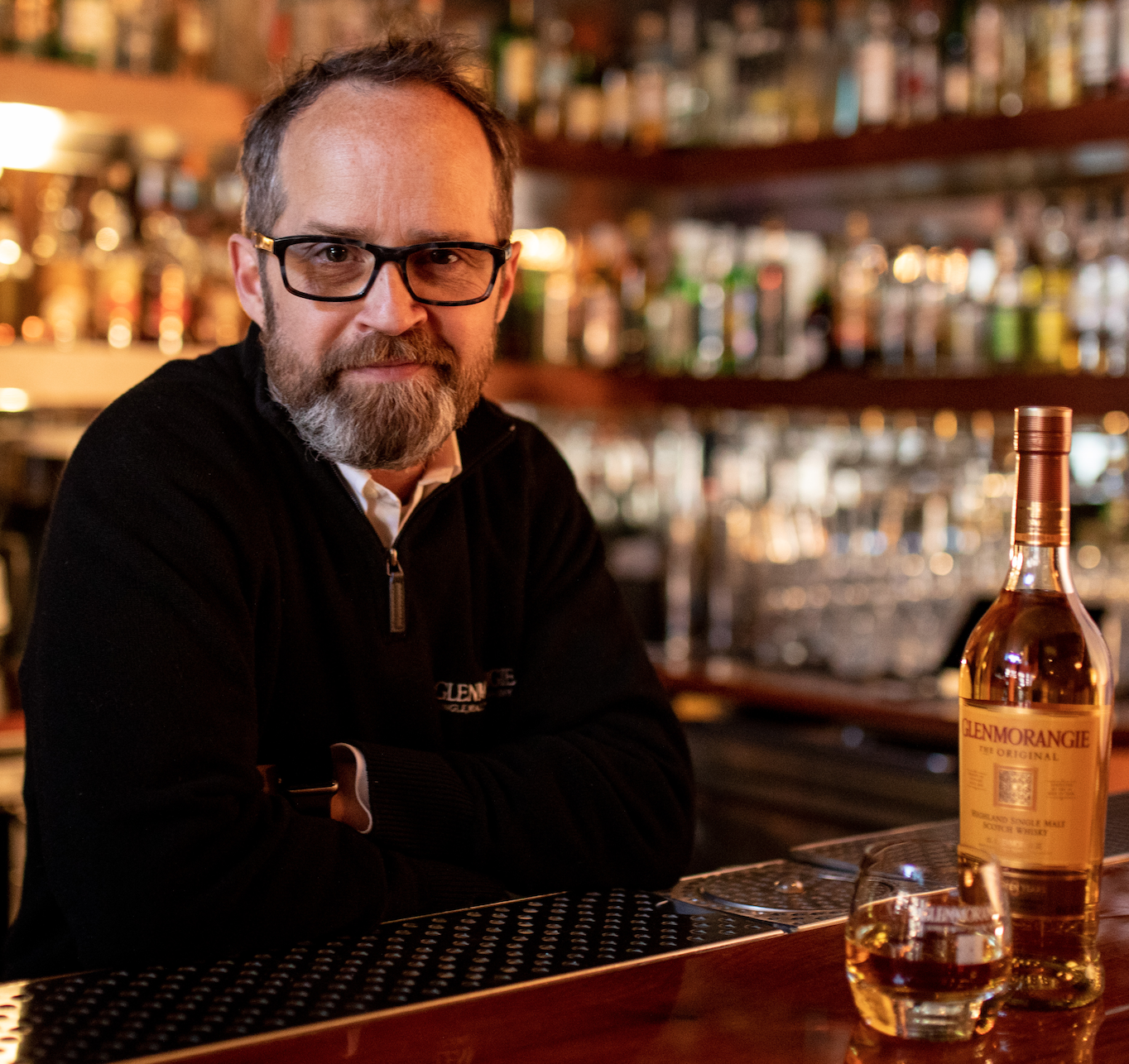 Dan Crowell is the Glenmorangie Brand Ambassador for the United States. With nearly 30 years of spirits industry experience, Mr. Crowell works to highlight the broad range of single malt Scotch whisky offerings from Glenmorangie across the country.

Dan grew up in Omaha, Nebraska, and studied music at The University of Nebraska-Lincoln before embarking on his career in the spirits industry. As a bartender, restaurant manager, and bar owner, he learned a great deal about the business of spirits marketing and consumption. As the Luxury Brands Specialist and On-Premise Sales Manager at Sterling Distributing (now Southern Glazers of NE) in Omaha, Nebraska, Dan represented the divisional wine and spirits portfolio in Nebraska, developing a strong affinity for Glenmorangie and Ardbeg throughout his tenure.

Dan has thoroughly studied and completed extensive training and certification programs in spirits history and production, mixology, education, consultation, and staff training. He is a member of the United States Bartenders Guild and the Institute of Brewing & Distilling. He received a Diploma in Single Malt Whisky from the Edinburgh Whisky Academy in 2021, a General Certificate in Distilling (GCD) from the Institute of Brewing & Distilling in 2016, and a Certified Specialist of Spirits (CSS) designation from the Society of Wine Educators in 2012. He is also a Certified Scotch Professional and Certified Whisky Specialist (Council of Whisky Masters) and an Executive Bourbon Steward (Stave & Thief Society). He has served as an adjunct instructor for the Hospitality & Restaurant Leadership program at the Institute for the Culinary Arts in Omaha. He is also a published spirits writer, having been recognized with an Excellence in Journalism award from the Omaha Press Club.

Dan enjoys spending time with his wife of 30 years, honing his skills as a drummer, and studying global spirits traditions and techniques. 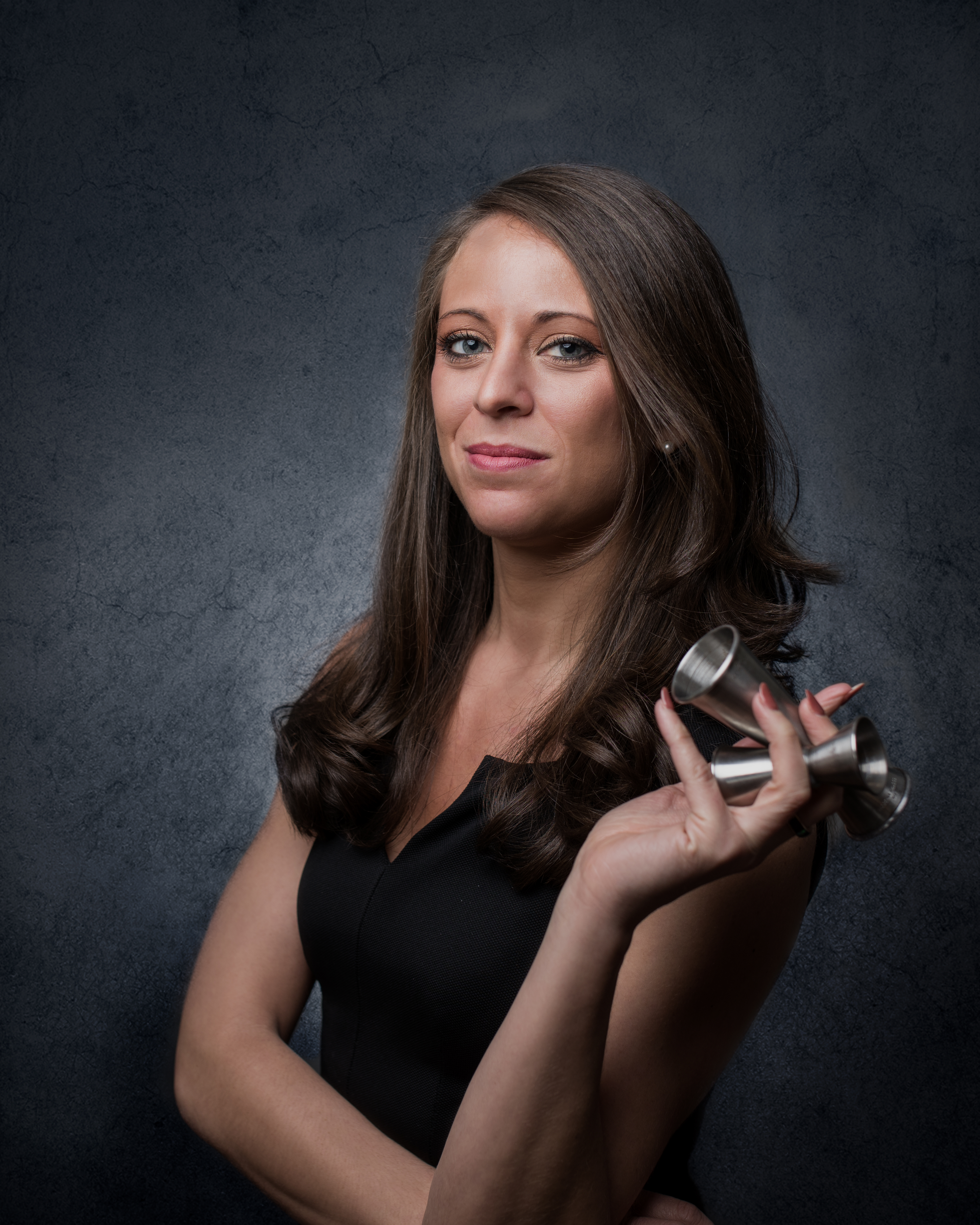 Pamela Wiznitzer has a true passion and zest for the industry that is seen and tasted in every drink she serves and also transcends the bar. Since 2006, Pamela has been working throughout New York City at many notable venues and currently oversees the beverage programs for the iconic Big Apple Circus and The Lookup, a rooftop bar in Midtown Manhattan. She was nominated as one of the top 10 bartenders for the 2014, 2015, and 2016 "American Bartender of the Year" award at Tales of the Cocktail and was named the "2014 Bartender of the Year" by The Village Voice. Additionally, she was named as one of Food & Wine's "Top 10 Rising Star Mixologists," an inductee to the "Dames Hall of Fame" in 2015, and one of Wine Enthusiast's "40 Under 40" in 2015.

Pamela has a master’s degree in food studies, with a concentration in spirits and alcohol, from New York University’s Steinhardt School. Additionally, she presents her research at seminars and conferences around the world. Pamela is a dual BA graduate of both Barnard College and the Jewish Theological seminary, as well as the Beverage Alcohol Resource's 5-Day program, earning top honors by passing the course "Bar Ready."

Pamela has been featured in multiple publications including The New York Times, The Wall Street Journal, The Tasting Panel, Travel & Leisure, Bar Business, Zagat, Glamour, Cosmopolitan, Shape, Self, ABCNews.com, Bloomberg, and Esquire, as well as reoccurring media appearances on the the Food Network, VH1, NBC, LXTV, Fox & Friends, and BetterTV. Be sure to catch her frequently as the bartender in residence on BUILD Series's Monét X Change program. 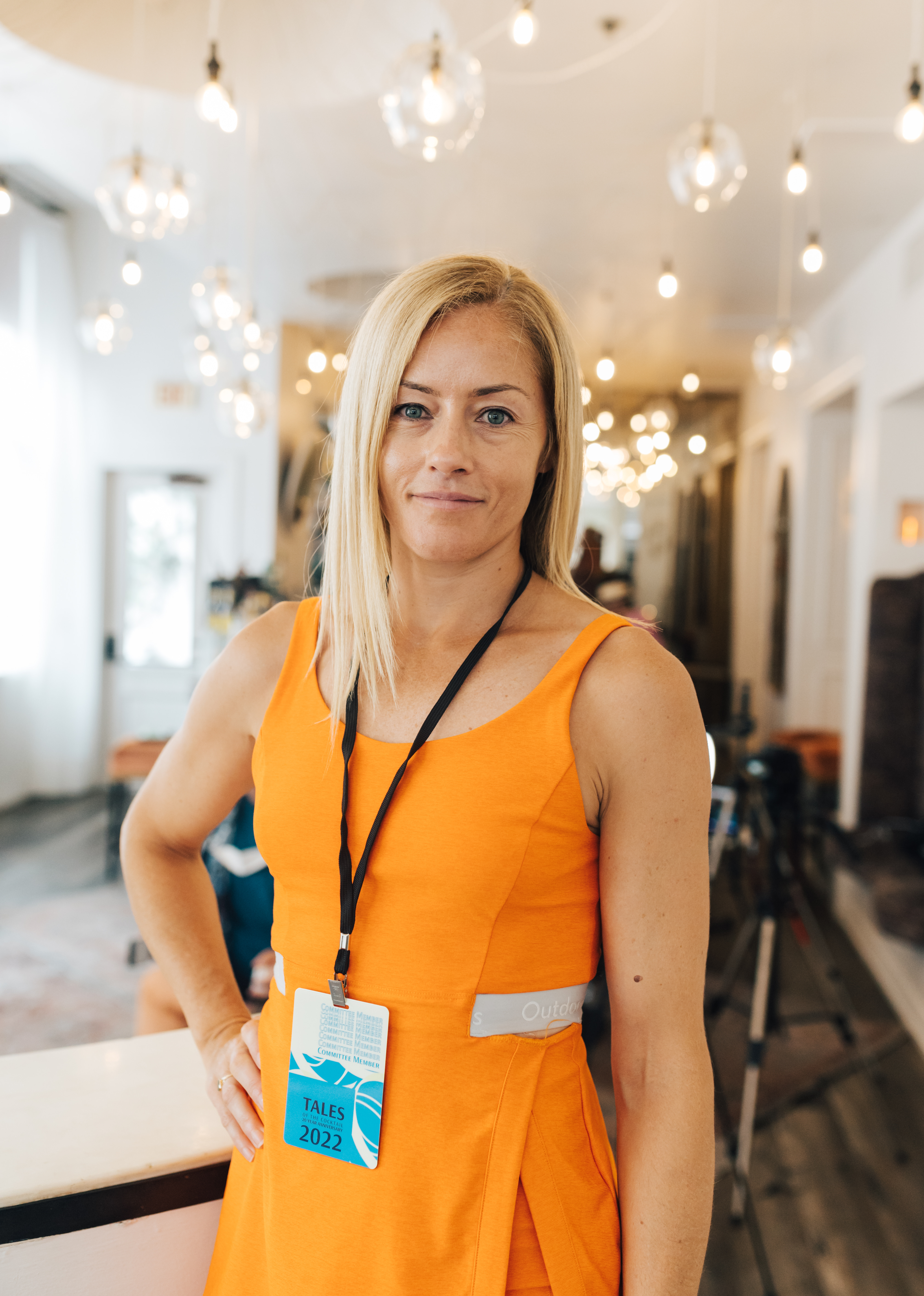 Charlotte Voisey
Charlotte Voisey is Head of Ambassadors at William Grant & Sons USA. She represents the spirits portfolio at industry events, consults for restaurants and hotels, and creates cocktails for menus across the world. She has contributed dozens of cocktail recipes to Liquor.com. Voisey made a name for herself at London cocktail bar Apartment 195 before moving to the United States to represent Hendrick’s Gin. She is a regular attendee and speaker at conferences and events and has made television appearances on Iron Chef America, The Today Show, and Watch What Happens Live with Andy Cohen. She is also a spirits educator and in 2019 became an associate partner of the BAR 5-Day Program.

In 2011, Wine Enthusiast bestowed on her the Wine Star Award for Mixologist of the Year, and in 2010, she won the Tales of the Cocktail Spirited Award for Best American Brand Ambassador. Voisey graduated from the University of Brighton with a bachelor of arts in management. 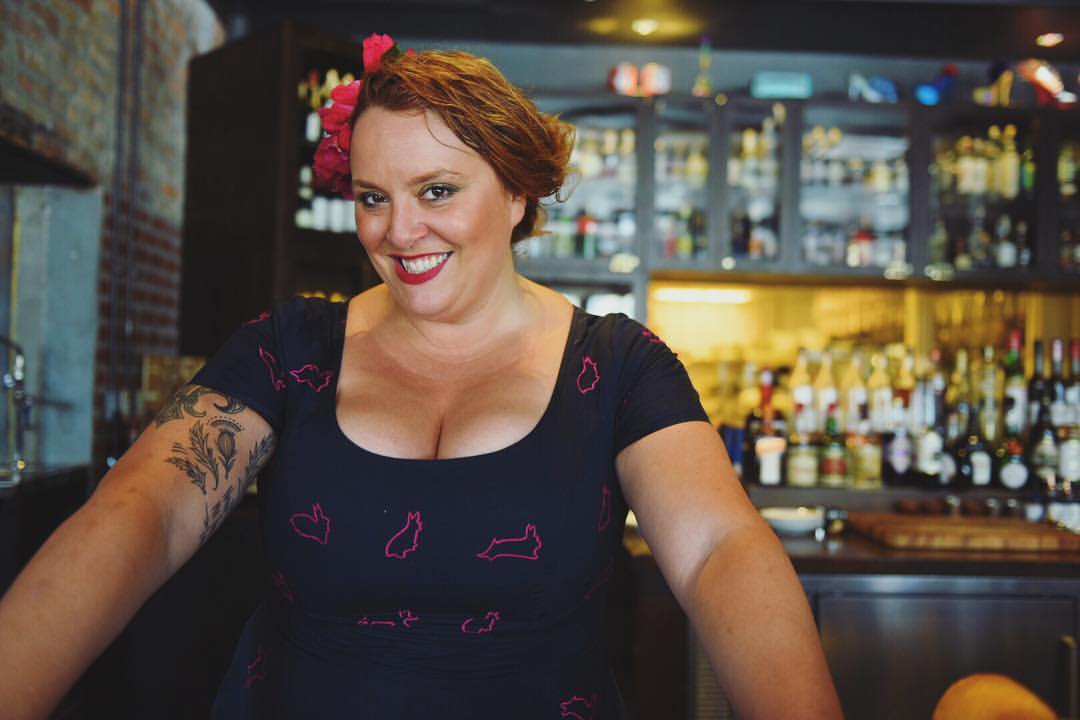 Abigail Gullo, a hospitality professional with over a decade in the beverage industry, got her start making neighborhood craft cocktails at the innovative bars of turn of 21st century New York City. Since then, she has created drinks at award-winning restaurants from New Orleans to Seattle, from Rome to Athens and Puerto Rico. Named Bartender of the Year many times, she concocted libations for the Today Show and The Late Show with Stephen Colbert. She co-hosts the New Orleans focused Podcast, Drink & Learn and is Creative Director at Loa Bar and the International House Hotel in New Orleans, Louisiana. 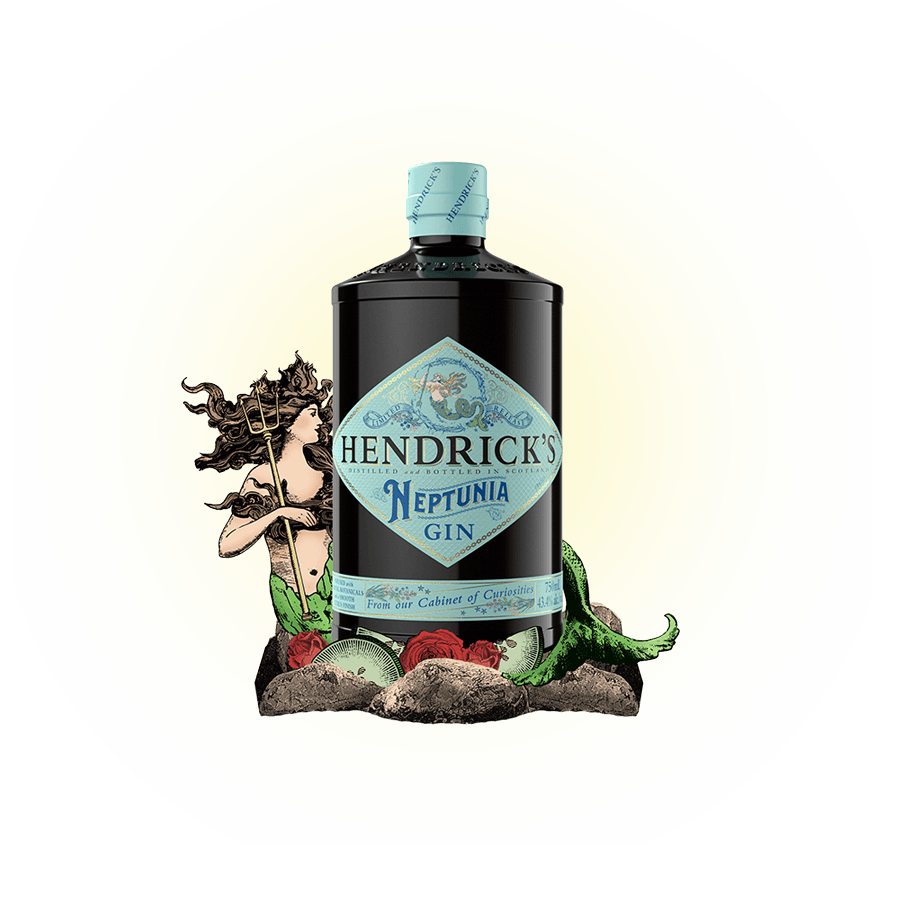